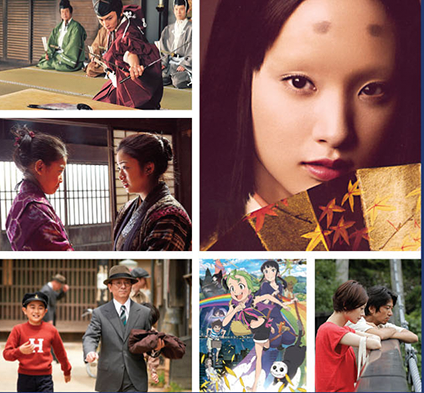 Now in its 3rd year, the Toronto Japanese Film Festival showcases the finest Japanese films that have been recognized for excellence by Japanese audiences and critics, international film festival audiences and/or the Japanese Film Academy. Programming addresses popular genres such as historical (samurai) jidaigeki, contemporary dramas, comedies and action, literary adaptations, children’s and anime films. We also try to show films recommended by the community as those they would like to share with Canadians. All films are North American, Canadian or Toronto premieres.

The Toronto Japanese Film Festival returns June 12-27, 2014 with a new 18 film line-up which can be viewed here containing all information on each movie.
Samurai chefs, yazuka killers, anime witches, apology consultants, skeptical kamikaze and treacherous courtesans. We’ve got them all!
TICKETS FOR THE TORONTO JAPANESE FILM FESTIVAL 2014 GO ON SALE MAY 1st, AT 10AM.
Official Website
Email ThisBlogThis!Share to TwitterShare to FacebookShare to Pinterest