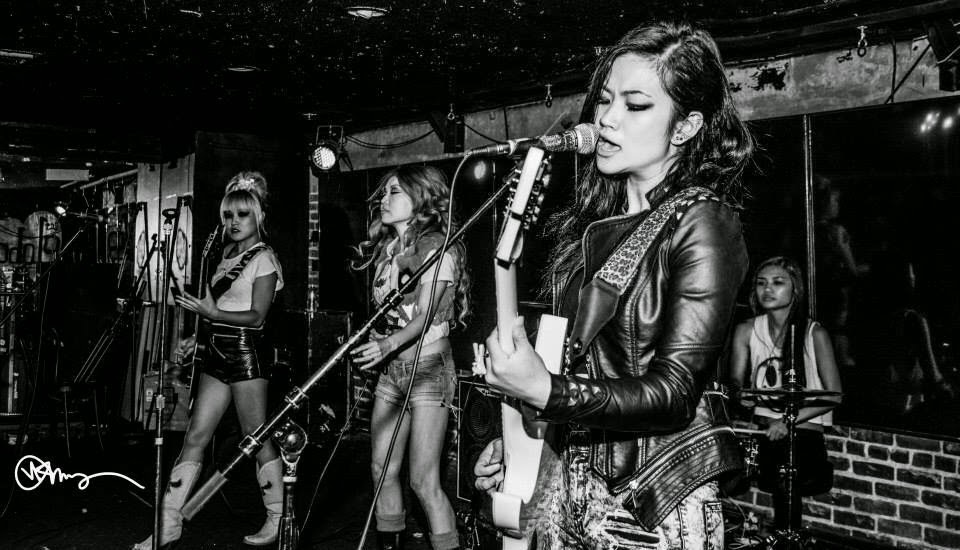 The Asterplace is a Tokyo Melodic Core Japanese Anime Rock Band from Japan, based in New York City. "The Asterplace" means creating beautiful music as like flower blossoming every year and the origin of the name came directly from their beautiful melody of music. As the sun shines in the world, as the moonlight at the sky, The Asterplace plays music toward the world. Their performances include several huge festivals across NYC and conventions like DC Sakura Matsuri ,Tribecca Film Festival, Zenkaikon, Tora Con and more. The Asterplace's entertainment rock show crosses over races, sexes, ages, and borders. A complete rock entertainment show with their variety of music style is very enjoyable for all audiences.

who we saw perform several weeks ago at Anime Mid-Atlantic who has an amazing voice, and played the crowds favorite theme songs such as Evangelion and more. She is a Japanese singer/songwriter, who lives in North Carolina and performs all over the United States. She has worked with several local bands (Fujiyama Roll, etc.) as the lead singer and has also become a solo performer. She has performed at many cultural events, benefits, music festivals, nightclubs, and anime conventions. Since she started playing piano when she was 5, and singing in a city chorus in her hometown, Aomori Japan, at the age of 9, she has learned to sing a various genre of songs. Pop, Rock, Children's songs and even Enka (Japanese traditional folk). Junko's original song can be described as J-rock and J-pop blended together. They are powerful, delicate and intriguing. She also covers J-pop/Rock and anime themed songs, adding some American Pop flavor to make them even sweeter! Check out more of her work and info at http://www.reverbnation.com/junkomusic.


For Japanese Music News 24/7 Visit Our Webzine
http://jrockerstar21.blogspot.com/
Email ThisBlogThis!Share to TwitterShare to FacebookShare to Pinterest