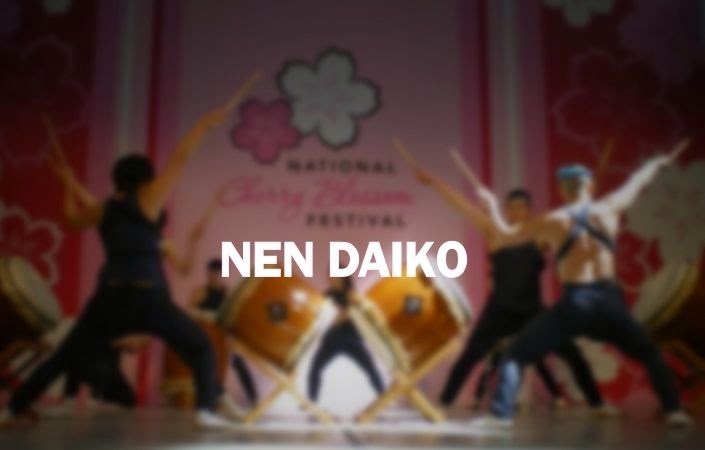 "IN GRATITUDE: A Taiko Benefit Concert," commemorates the 20th anniversary of Nen Daiko, the Taiko (Japanese drumming) ensemble of Ekoji Buddhist Temple, located in Fairfax Station, Virginia. The concert will be held on August 30, 2014 at Synetic Theater in Crystal City, in Arlington Virginia.


Nen Daiko has been providing cultural demonstrations of the art of Taiko to the Washington D.C. metropolitan area and local community since our founding in 1994. Nen Daiko participates in many local and national events, such as the National Cherry Blossom Festival, and has performed at venues such as the Kennedy Center for the Performing Arts, the National Theater, the Smithsonian Institute, the National Japanese American Memorial to Patriotism in World War II, and various universities in the area. Nen Daiko is also committed to educating the local community about Taiko through demonstrations, workshops, and talks at area public schools, community fairs, and Asian and Pacific Islander events.

Our 20th anniversary concert is an opportunity to express gratitude for all of the causes and conditions that have supported our existence and growth. In that spirit, the concert has been named, "In Gratitude," and we are honored to feature two special guest performances by taiko groups, Soh Daikoï (New York, NY) and Hoh Daikoï (Seabrook, NJ). Soh Daiko and Hoh Daiko have served as teachers and mentors for Nen Daiko, and therefore are a featured part of our celebration.

Please join us in our celebration. Tickets are available on our website at http://nendaiko.org!