Japantown in Seattle Washington Open Year Round What To See Guide 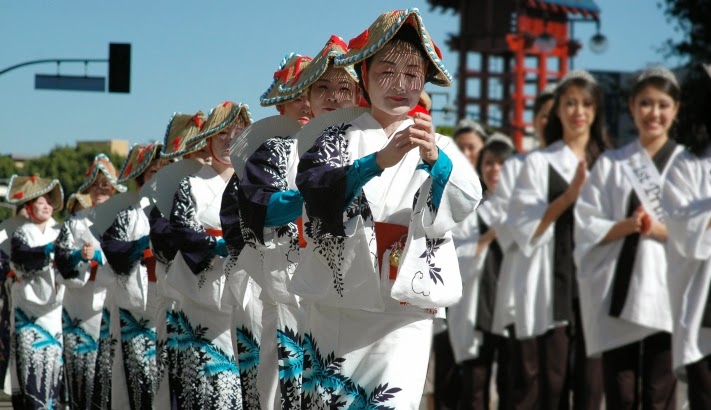 
If you are going to Seattle and want to know more about Japanese history you will need a few days to see everything. Seattle is a beautiful city and the weather is beautiful in Summer. If you don't go in Summer, check the weather when you book your trip. Taking in the outdoor nature views and exploring this charming city is a nice escape.

If you never been to Seattle, we have the tips that will save you time and make your trip memorable.

Keep in mine Seattle Japantown is small, you can't compare it to Little Tokyo in Los Angeles or Japantown in San Francisco but what is unique is; the original buildings are still standing and you can go inside them. You will a sense of history here.

The Panama Hotel and Tea House, at 605 1/2 S. Main St., anchors what was once the heart of Seattle's Nihonmachi, Japantown, It was built in 1910 by the city's first Japanese architect, and for the next three decades, the lower floors of the five-story workingman's hotel were home to a laundry, dentist, tailor, pool hall, book store, florist, sushi shop and sento, a Japanese-style public bathhouse.The Seattle Times

Seattle JapanTown HistoryPrior to World War II, the Japanese-American community resided in an area 15 blocks north of Jackson Street, known as Nihonmachi (or Japantown). Their influence can be seen all the way back to the late 1800s, when Dearborn Street was named Mikado Street and Japanese-owned-and-operated businesses flourished in the area. For half a century, Japantown thrived with bathhouses, dry goods stores, tailors and barber shops. This all changed, following the attacks on Pearl Harbor, when Executive Order 9066 forced residents of Japanese descent to leave their homes, businesses and communities and enter ramshackle internment camps. More than 120,000 people of Japanese ancestry, including adults and children, immigrants and citizens alike, were incarcerated. This compelling history has recently caught the publicï¿½s imagination with the best-selling novel, Hotel on the Corner of Bitter and Sweet. The book features the century-old Panama Hotel where, today, locals meet to sip fragrant teas.

Although Nihonmachi never returned to what it once was, its presence can still be felt today. The area is lined with other historic buildings, restored by the descendants of some of the original property owners. Together with other community-minded business owners, they have spurred a revitalization effort to continue its distinct cultural essence. Kobo has moved into the former Higo Variety Store, retaining the spirit of Nihonmachi through its shop and gallery, which features artists of the Pacific Northwest and Japan. The NP Hotel was restored and the new Nihonmachi Terrace built to house families and elders. Restaurants dot the area, featuring tatami rooms and sushi bars to enjoy traditional and contemporary Japanese cuisine.

1) Maneki Japanese Restaurant, 304 6th Avenue South, Seattle WA 98104, (206) 622-2631
Maneki Restaurant is traditional Japanese cuisine and a landmark restaurant and building located in the International District, Seattle. You have to call to make reservations, leave a message of time and party size. They will call you back or page. You can order off the menu by dinner combinations or by individual items.

Established in 1904, the first sushi bar, tatami rooms (private matted rooms) and karaoke bar were created. The original Maneki was built on the hill on 6th Ave. S and Main St in the heart of Nihonmachi or Japantown. The white building was 3 stories and looked just like a Japanese castle. On weekends it served 500 plus customers in the ï¿½tatami roomsï¿½ or private matted rooms. It served the Japanese community with its many theatrical plays, weddings and funerals. When World War II broke out everyone that was Japanese were interned in camps. The beautiful castle was ransacked and became a ruin. A space in the NP Hotel was used for storage for all the internees that were forced into camps. It was after the war in 1946 and when the internees returned and claimed their belongings that the space became available. The present Maneki has been operating and serving loyal regulars for over one hundred years. We invite you to experience a little bit of Japan in a casual at home atmosphere.

For more than 100 years, people young and old have returned to Maneki for traditional family-style Japanese food served in a welcoming, neighborhood atmosphere. We invite you to discover the magic for yourself, located in the heart of Japantown

It may be one of Seattleï¿½s oldest neighborhoods, with roots stretching back to the late 1800s, but Japantown is quickly becoming the cityï¿½s newest art destination. The vibrant, diverse spirit of the ï¿½hood (which is anchored by the historic Panama Hotel and runs along Fifth and Sixth Streets between S Jackson and Main) is the perfect inspiration for a host of new galleries, shops and restaurants.

2) Hotel NP, Location: Building on the right of Minakei Resturant.
Currently the building is for low-income rentals. If you can get into the building lobby, you can see pictures and glass cases of the building from the past.

3)  Panama Hotel, 605 1/2 S Main St., Seattle, WA 98104 (Downtown)
The Panama Hotel in Seattle, Washington's International District was built in 1910. The hotel was built by the first Japanese-American architect in Seattle, Sabro Ozasa, and contains the last remaining Japanese bathhouse in the United States.

The Panama Hotel was restored by Jan Johnson and now can actually reserve a room in this historic building. Maintaining the high standards set by previous owners Takashi and Lily Hori, Jan Johnson is fastidious about the cleanliness of the white linens and comforters in the hotel rooms. She is active in every aspect of running the hotel, from fixing plaster to making beds.

Book a room at Panama Hotel.  With over 85 rooms you will feel a sense of history. Read the reviews so you won't be surprised.

The Panama Hotel and Tea House, anchors what was once the heart of Seattle's Nihonmachi, Japantown, one of the most thriving communities of its kind in the country. It was built in 1910 by the city's first Japanese architect, and for the next three decades, the lower floors of the five-story workingman's hotel were home to a laundry, dentist, tailor, pool hall, book store, florist, sushi shop and sento, a Japanese-style public bathhouse.

Of hundreds of such communal bathhouses in Japantowns across the country, this is the only one preserved intact, in place.

I appreciate this place. It is a nice, classy tea and coffee house in the International District in Japantown. The prices aren't low but the quality of tea and coffee is good.

In the Tea & Coffee House, see historic photos of Japantown before the internment are framed on the wall of the tea house. Some of the old-timers from the neighborhood check them closely for recognizable faces during a recent open house at the hotel.
Look for a glass panel that is installed in the floor of the Panama Hotel Tea House, you can see some of the items left in the basement. To schedule a tour of the hotel basement and baths, call the hotel at 206-223-9242.

Bainbridge Island, Seattle
Bainbridge is an island of 20,000 population and the only way is by scenic 35-min ferry boat. Once you are on the ferry you can get out and check out the scenic views.

1) Seattle Waterfront / Bainbridge Island Ferry, 801 Alaskan Way Pier 52, Seattle, WA 98104
Once you arrive in Bainbridge, you will drive right off the ferry boat and you will enter onto Main street where most of the shops and restaurants are. You can park on the side of the street and walk the streets.

2) Bainbridge Island Historical Museum, 215 Ericksen Ave NE, Bainbridge Island, WA 98110, (206) 842-2773
There is a small viewing area of chairs to watch the video Manzanar for you if you havenï¿½t seen it. Location behind the ice cream shop. You have to ask for directions. There is history of the interment of Japanese.

3) Bainbridge Island Japanese American Exclusion Memorial, 4192 Eagle Harbor Drive, Bainbridge Island, WA 98110, located on the south shore of Eagle harbor.
Originally the memorial was going to be a small plaque. Once they formed a committee the memorial grew from a small dedication to an incredible tribute to the Japanese that were take from Bainbridge Island. Over 50 thousands dollars of cedar wood was donated to create the structure of this beautiful memorial. They have the names and their ages of the Japanese that were taken with quotes on the wall. This is a must see.


Tips at the International Uwajimaya Market Building
The location of the Japantown International District is not far from JapanTownParking: you can park in the large lot and validate for $7.00Looking for Japanese food places? At the Japanese market, pick up the local Japanese newspapers for ideas in the area.In 1928, with a dream of bringing traditional Japanese food to fellow Asians in the community, Fujimatsu Moriguchi began making specialty Japanese fare and selling it out of the back of his truck to Japanese fishermen and loggers in Tacoma, Washington. Word spread as the popularity of his food grew and soon Fujimatsu needed more space. He and his wife, Sadako, decided to open a small market in Tacoma to serve the growing Asian population. The Moriguchis named their store Uwajimaya - "Uwajima" being the name of the area in Japan that Fujimatsu had learned his trade, and "ya" meaning store.At the outbreak of World War II in 1942, the store closed its doors as the Moriguchis along with their children were sent to a Japanese internment camp. Upon release in 1945, the Moriguchis returned to the Pacific Northwest to reopen Uwajimaya in the historic Asian neighborhood of Seattle known today as the International District. The Moriguchis also made another important change to their store at this time: they expanded their offerings by importing food items and wares directly from Japan, and later, from other Asian countries.1) Seattle Uwajimaya, 600 5th Avenue South, Seattle, WA 98104, (206) 624-6248A large Japanese market in the international district. There is a food court with international foods.I visit Uwajimaya whenever I'm in Seattle (or Portland). It's like an entire Japantown under one roof - Kinokuniya bookstore, supermarket, gift store, and restaurants. And the fish department2) Kinokuniya Bookstore, 525 S Weller St, Seattle, WA 98104 (206) 587-2477This one is like the one in San Francisco's Japantown, just smaller, with both the stationery and the bookstore in one place. It's still a great place though, with its Japanese fashion3) Daiso, 710 6th Ave S, (between Cherry St & Lane St), Seattle, WA 98104, (206) 355-4084Inexpensive Japanese items, like kitchen gadgets, etc.4) Tsukushinbo, 515 S Main St, Seattle, WA 98104, (206) 467-4004I came by just after opening for dinner and right then felt like this was a nice getaway off the main street and in Seattle's old Japantown. It's a moderate, calm and welcoming space5) Maekawa Bar, 601 S King St, Seattle, WA 98104, (206) 622-0634I would come here just because it reminds me of restaurants in the SF Japantown. The food is ok. I ordered the beef tongue, the maguro mini-don, and the takoyaki. They were all fine6) Fuji Sushi, 520 S Main St, Seattle, WA 98104, (206) 624-1201A solid longtime player in Japantown. FS does classic Japanese cuisine; don't look for anything fusion/derivative/ï¿½interpretive or any of that trendy jive. What they do they do reliably7) JCCCW, Japanese Cultural and Community Center of Washington, 1414 South Weller Street, Seattle, WA 98144, (206) 568-7114.Established in 2003, the Japanese Cultural & Community Center of Washington is dedicated to preserving, promoting and sharing Japanese and Japanese American history, heritage and culture. Founded by a group of longtime community leaders, we are a true community based organization with staff, board members, volunteers and supporters from throughout the Seattle area Japanese and Japanese American communities.

More things to do in Seattle visit:http://www.seattle.gov/visiting/