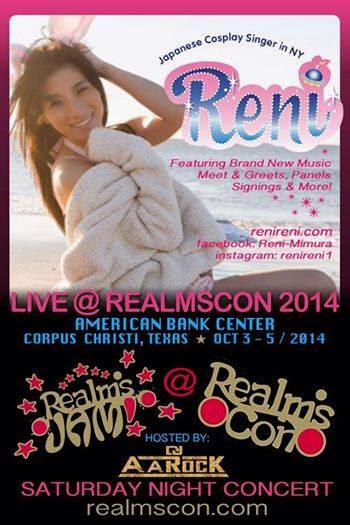 Reni was born in Japan and relocated to New York in 2008. Her big break came after she won a talent search competition. She then released her first Japanese CD in 2006 produced by Takahiro Yamautsuri, who composed the music for one of the Pokemon movies.

In 2008, Reni relocated to New York hoping to bring this unique style to the United States. Reni has quickly gained wide attention, and has been invited to perform in the most prominent animation conventions and other music events. Reni released her latest CD album "Sakura" in 2009.
Description
Playful character with Sci-fi touch. NY based Electro Pop singer, ReniReni is well known for her futuristic adorability, profound ideology and high-energy onstage presence.