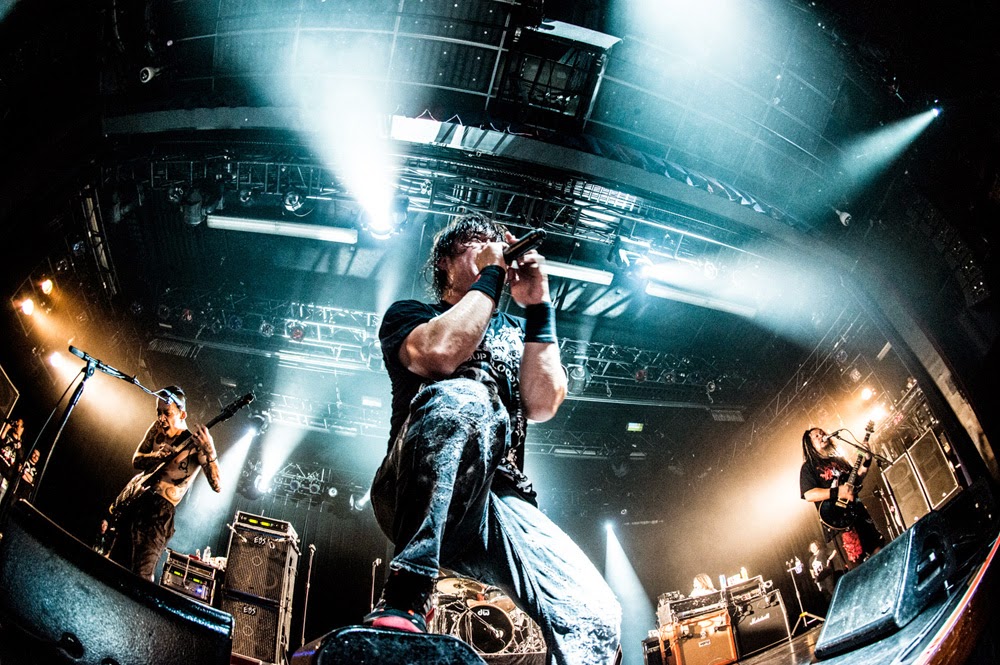 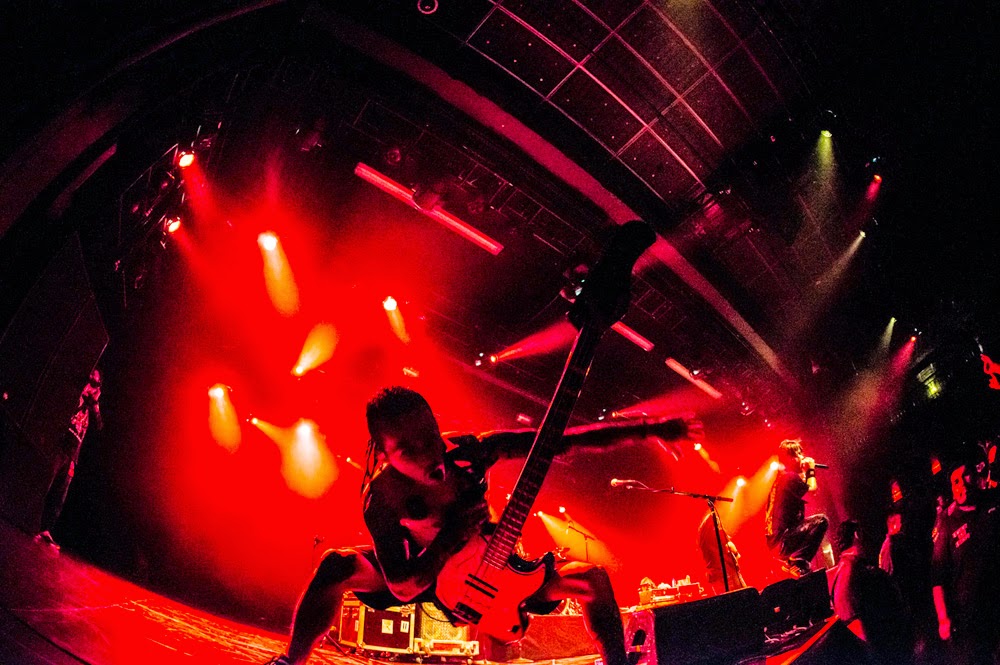 Japanese rockers MAXIMUM THE HORMONE brought their "Merciless Home'war'k" to New York's Best Buy Theater on October 27. Opening with their song "What's up, people?!" from the anime series Death Note, the band kept the crowd screaming and jumping through the entire set which focused on songs from their recent release Yoshuu Fukushuu ("Our Merciless Home'war'k"). 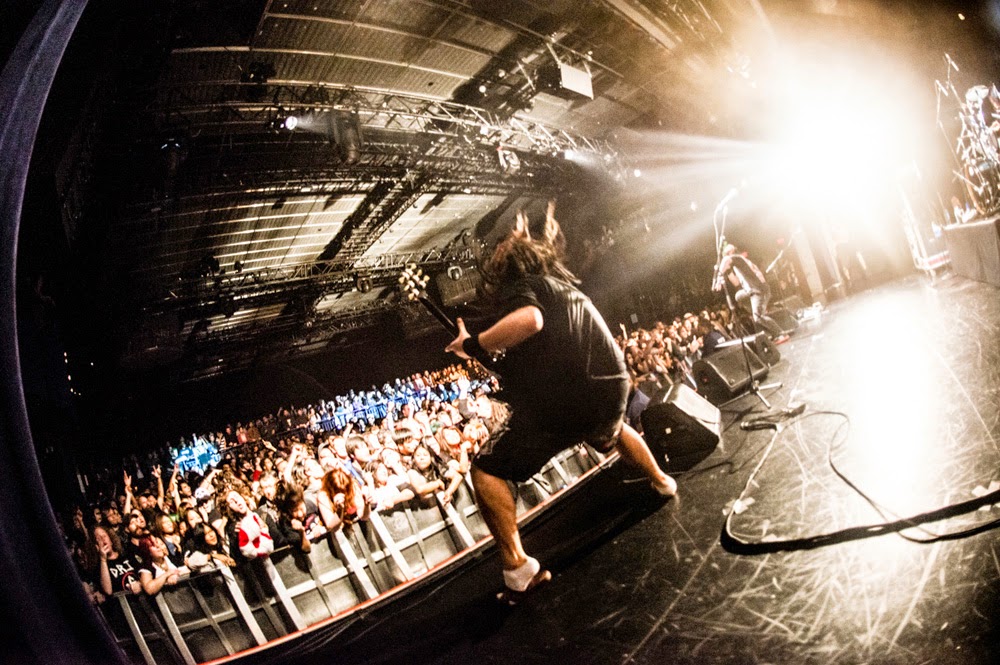 Fresh from their appearance at Knotfest the previous weekend, MAXIMUM THE HORMONE laid out a full-force onslaught of power metal, speaking to the audience in their native Japanese with only a little English mixed in, just enough to get the crowd to join them in their "Chitsu-jump” ("vagina jump"). 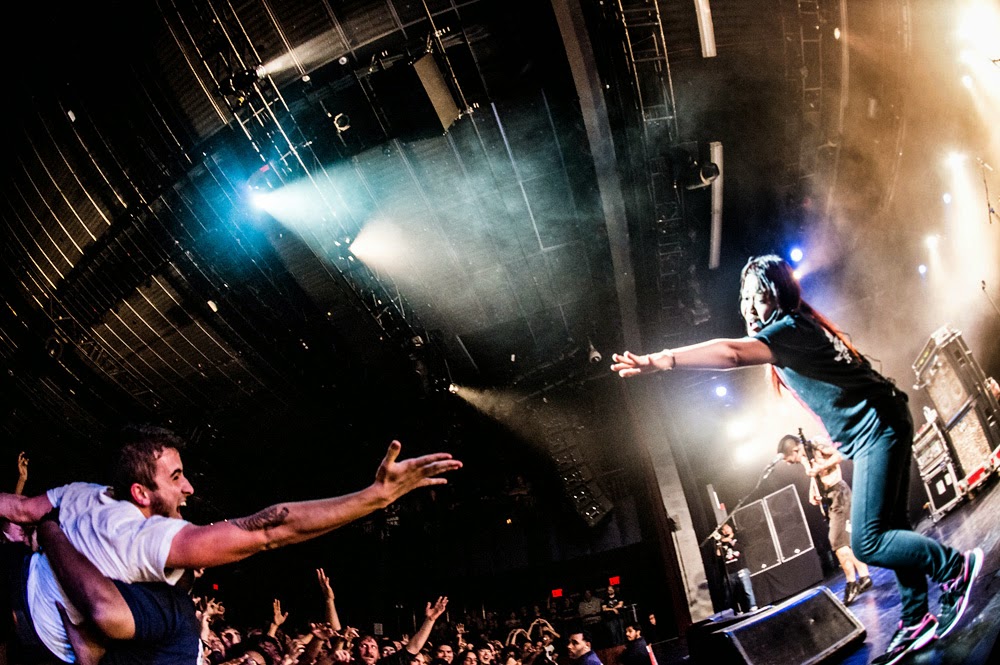 Band members also engaged in a rare meet-and-greet session and signed fans’ merchandise items (which sold out an hour before the show). Official goods were in high demand, and their shirts at Knotfest were sold out by 3 p.m. on the day of festival. 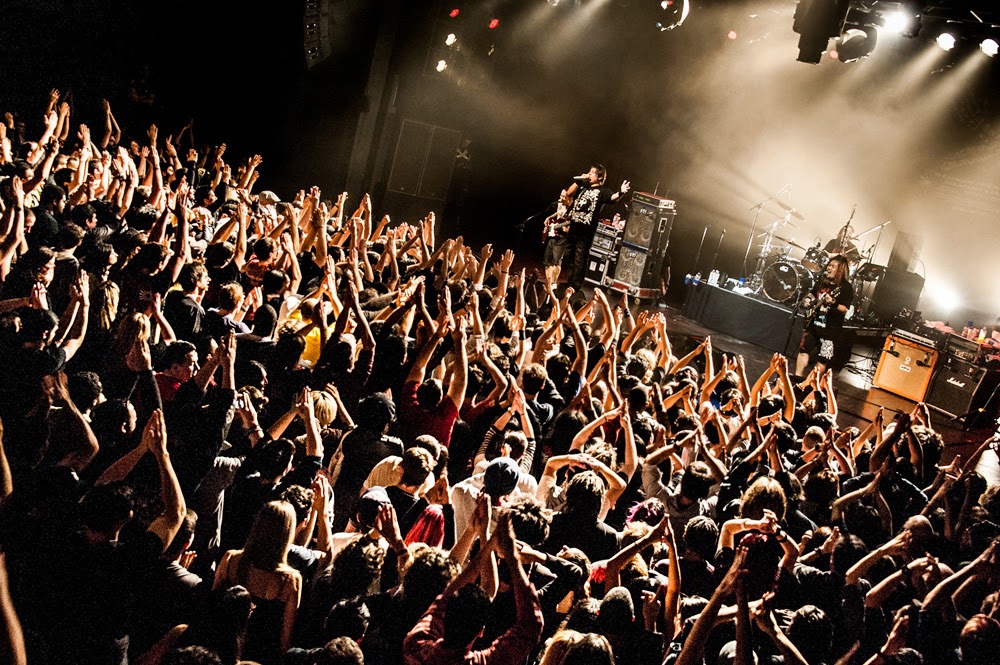 
ABOUT MAXIMUM THE HORMONE USA TOUR 2014

MAXIMUM THE HORMONE returned to the United States for a solo show at New York’s Best Buy Theater on October 27 following their appearance at KNOTFEST October 25. The one-man live in New York was a rare opportunity for American fans to see this powerful band best known in the West for their contributions "What's Up People?!" and "Zetsubou Billy" for the hit anime series Death Note. 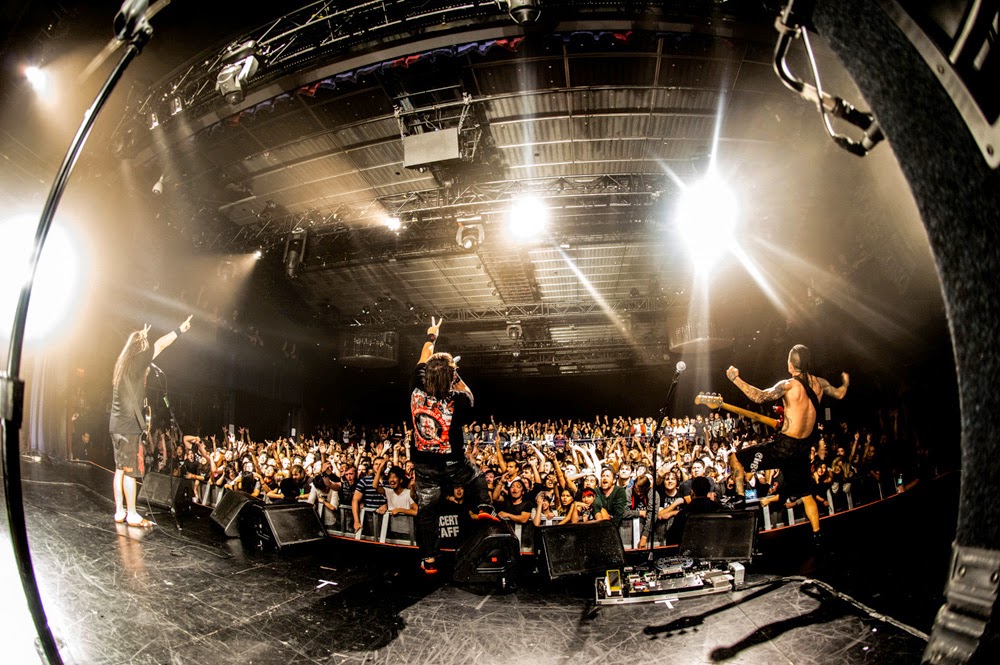 Notorious for sold-out shows and high-voltage stage antics, MAXIMUM THE HORMONE's latest album (their 5th) Yoshuu Fukushuu won the number 1 spot on Japan's Oricon Weekly Chart for 3 weeks straight after its release in 2013. Their concerts are in such high demand due to their insistence on smaller venues that a lottery system determines tickets for the sometimes 30,000+ applicants per show.


For the release of Yoshuu Fukushuu, the band embarked on a 56-show tour across Japan spanning 2013-2014, and also made an appearance at Ozzfest 2013. Recent tours include a sold-out headlining tour of Europe (France, UK, Belgium, and Germany) and co-starring events with Korn and Dropkick Murphys.

Yoshuu Fukushuu (translated by the band as "Our Merciless Home'war'k")  was released in a 156-page manga package with 5 outrageous, adult-themed stories written by Maximum the Ryo-kun about his school days and teenage musical/sexual adventures. The album itself features extreme lyrics, heavy metal guitar, and death-voice, screaming vocals to match the persona of Japan's premiere hard rock band.
Email ThisBlogThis!Share to TwitterShare to FacebookShare to Pinterest
Newer Post Older Post Home