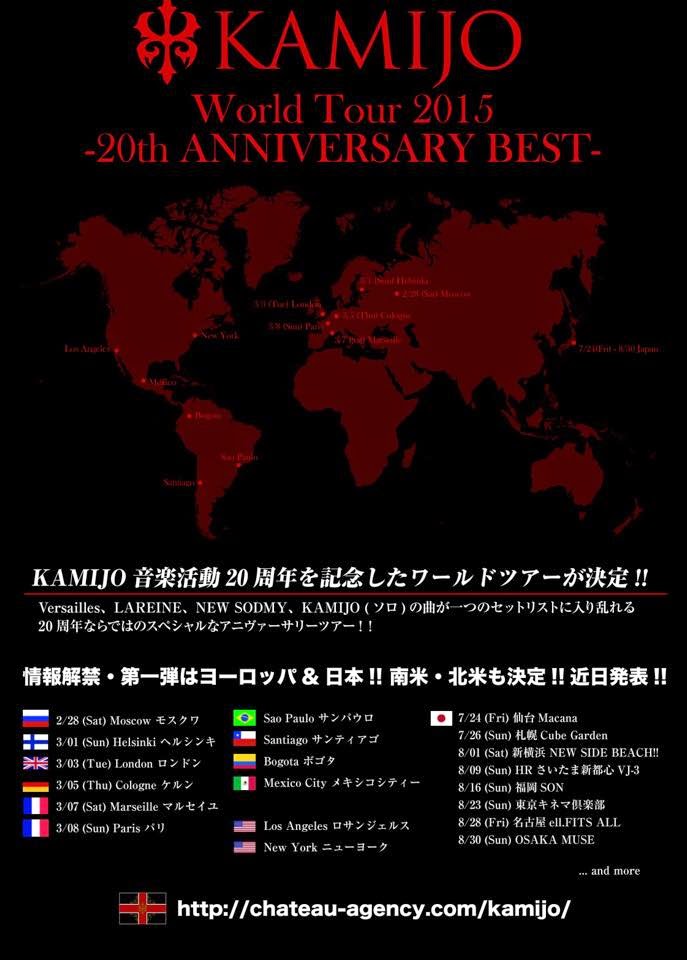 KAMIJO vocalist, singer and songwriter best known as vocalist of visual kei band Versailles has announced his "World Tour 2015~20th ANNIVERSARY BEST" which will include Dates in New York City, Los Angeles, California and Mexico City. Details for the entire tour will be revealed soon!!