MIYAVI and Jennifer Aniston To be Guests on The Ellen Show 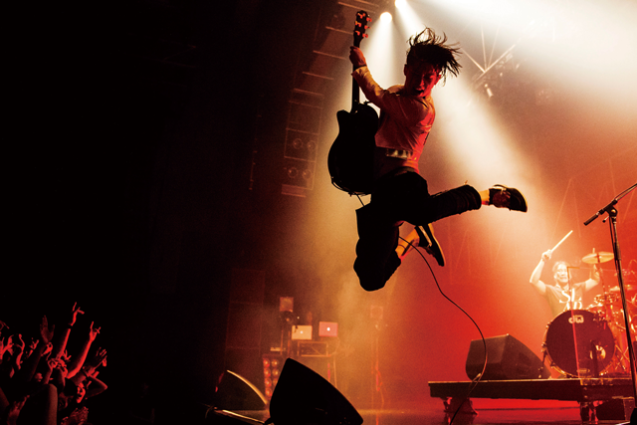 She’s been seen on nearly every red carpet this month at Hollywood’s biggest awards shows, and at glamorous after-parties following her critically acclaimed, Golden Globe-nominated role in the new movie “Cake.” JENNIFER ANISTON returns! The actress took on a stripped-down role as a woman battling substance abuse and dealing with the death of a friend. It’s raw, emotional, and shows Jennifer’s tremendous versatility. She’s here on the film’s opening weekend to tell Ellen what the buzz is all about! Plus, Ellen is still laughing about the whole “pump-up bra” thing from last time, so hopefully there will be more where that came from!
Then, the breakout star from the hit film “Unbroken” makes his debut on Ellen… MIYAVI takes the stage! The Japanese pop star will perform one of his hit songs and talk about his first time on the big screen in the new World War II drama. Based on a real-life person, Miyavi’s character in the film has many moviegoers calling him one of the most evil villains of all time, playing the ruthless supervisor of a Japanese internment camp who does everything but break his victims. Though his acting talents are more than evident, Miyavi’s first love is actually music, so he’ll also discuss the transition from rocking stages to gracing movie screens. Miyavi will show Ellen what he’s all about when they have their official introduction!


On Monday, (January 19th, 2015) Ellen will have her cake and eat it too!
Email ThisBlogThis!Share to TwitterShare to FacebookShare to Pinterest
Newer Post Older Post Home