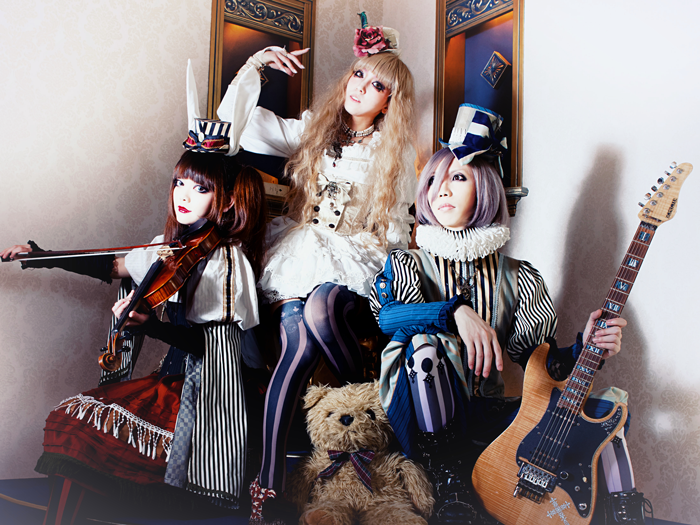 Hollow Mellow is a three person band led by vocalist Iruma Rioka, featuring Nemu Raven on guitar and Jill on violin. Iruma and Nemu began their work together as the two members of “Iruma Rioka,” blending Iruma’s melodies, often featuring classical elements, and Nemu’s rock style to create a unique sound and vision. While Iruma and Nemu had been releasing music under the name Hollow Mellow, it was in 2014 that, with the addition of their newest member, the talented violinist Jill, Hollow Mellow became an official band. Formed as a “dark fairy tale artist,” Hollow Mellow’s music is composed by Iruma with dark & gothic, fantasy & fairy tale, as well as classical & antique melodies infused with Nemu’s masterful arrangements of hard rock and heavy metal. On September 29, 2014, Hollow Mellow held their first performance as this official unity and on December 30, they released their self-cover album, “Reincarnation.”