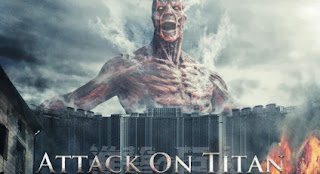 The world premier of the Japanese live-action 'Attack on Titan' movie based on the hit anime and manga, will take place on July 14th at L.A's Egyptian Theater before the official release in theaters in Japan.

The event will also include a red carpet event with Haruma Miura and Kiko Mizuhara, who portray Eren and Mikasa in the movie respectively, along with the director, Shinji Higuchi.


Few tickets to the event will be given away to fans through Funimation's social channels.